Tl;dr
I’ve been training as an actor again so G, let’s get to work?
Also, wala lang, here’s a video of my daily commute 😃 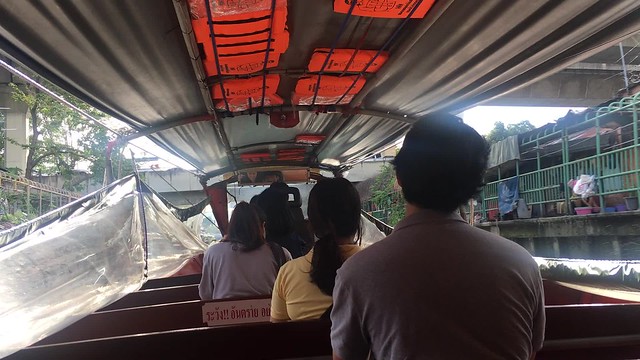 Sometime early this year I set an intention to make this a year of learning. I decided that I needed to be in unfamiliar situations where I knew nothing. In particular, I realized that training again was the only way I could get back to performing as an actor. I couldn’t get myself to just go out there and ‘learn on the job’ and sacrifice other people’s work (and my work, too) just because I haven’t been acting, acting in a long time. Sabi ko, “Gusto kong maging mahusay ulit."
For the past few years I have been working as a dramaturg, facilitator, editor, writer, teacher, production manager, and even helping out with festival curation. I have grown as an artist (still don't like that word huhu but what else do I use) and I wouldn’t trade the past few years for something else. I feel though that if I come back to performing with all the skills and knowledge that I have gained by working outside of acting, something exciting will come.
Amazing how simple words like ‘intention’ and ‘learning’ have shaped my perspective and thus my decisions for the past few months. I saw things a little clearer this year and my decisions have had more direction.
Last July I went to Okinawa for a creation residency. I don’t consider myself a ‘mover’ and I almost quit Makiling because of the dance electives. So to challenge myself, I chose the team tasked to devise a “Non-Verbal Performance for Young Children." I’m a (Filipino) Lit major and I’d like to think that the depth by which I can read and understand texts has been my strength as an actor. Without text, I’m a fish out of the water, definitely out of my league. And holy shit, it was one of the best processes I’ve been able to take part in. It was so refreshing to be a beginner. I removed my ‘dramaturg,’ ‘curator,’ and ‘manager’ hats and just moved. Move move move.
And something amazing clicked, I realized that I need not be shy about my capacities as a performer. I used to think that I was just “lucky" that I got cast the roles I got fresh out of high school that led to this and that. I always thought I just got lucky that I got to go to Cannes for a film I did when I was 16. Then I realized that no, I have been training since I was eleven. Eleven, you guise. Not just pabebe training but training, training. And no this is not an ego thing but a genuine realization that everything that I can do is not ‘talent.’ It was actually years and years of hard work, of inscribing different codes into my body and sharpening my mind.
I found a sense of humility that also empowers. No more, “Ay hindi naman," or empty thank yous when people commend my work. I can now genuinely say, “Salamat po." It is gratitude that comes from a place of deep humility, not shyness.
And because performance whether in cinema or theater is always collaborative, this has also opened up a new energy for me. I no longer step into the room with shyness that hinders the work we should do. I step in with a sense of awareness that I can and am allowed to share what I have and know. And that I am open because I also know that I just know *this* much, not all, never all.
This week I am in Bangkok for a Michael Checkov workshop by Sinead Rushe hosted by Arts on Location. I challenged myself to save up some money for this, shamelessly asked my friends to let me crash with them for a few nights (Thank you, Ladda and Pump!), and carved up some time from my busy schedule so that I can learn again. To be honest, it didn’t matter which acting technique was being offered. I just needed to get out there and test myself and fail and move and become better. I wanted something I’ve never done before, and never even heard of. I wanted to learn elsewhere (not in Manila) because I needed to focus, and because there’s a lot to learn, too, from fellow actors (particularly Asian/SEA actors) practicing in their own places and negotiating Western techniques within their own cultures and bodies.
It’s day three, and it hasn’t been easy. It’s like being taught how to swim after years of swimming a certain way. I realize that when an activity is broken down into certain elements or qualities, I suddenly forget how to do the thing. Teach me how to swim and suddenly I’m drowning because the steps now overwhelm me. Should I move this arm first or kick my legs? When should I gasp for air? How does floating work again?
This is great. When something is difficult, it means I am learning, relearning, and trying to make peace with myself for not knowing. Grabe, four years of studying theater in Makiling as a teenager really messed me up. LOL. Sometimes I’m still scared of making mistakes. Sometimes I still feel like a teacher is judging me. Sometimes I still pray that my name will not be called so I wouldn’t have to try doing something in front of everyone.
Slowly, slowly, though I’m trying to associate workshops and rehearsals as safe spaces to expand one’s self with and through others.
I’m still looking forward to the next few days, so that’s a good sign. And there’s always so much more to do. Let’s get to work, shall we?